We’re just a few days into 2023, which means Meta has likely brought in a billion dollars in ad revenue already.

Insider Intelligence released its 2023 ad revenue forecast for Meta late last year, with the total coming in from Facebook and Instagram expected to be $121.90 billion worldwide. 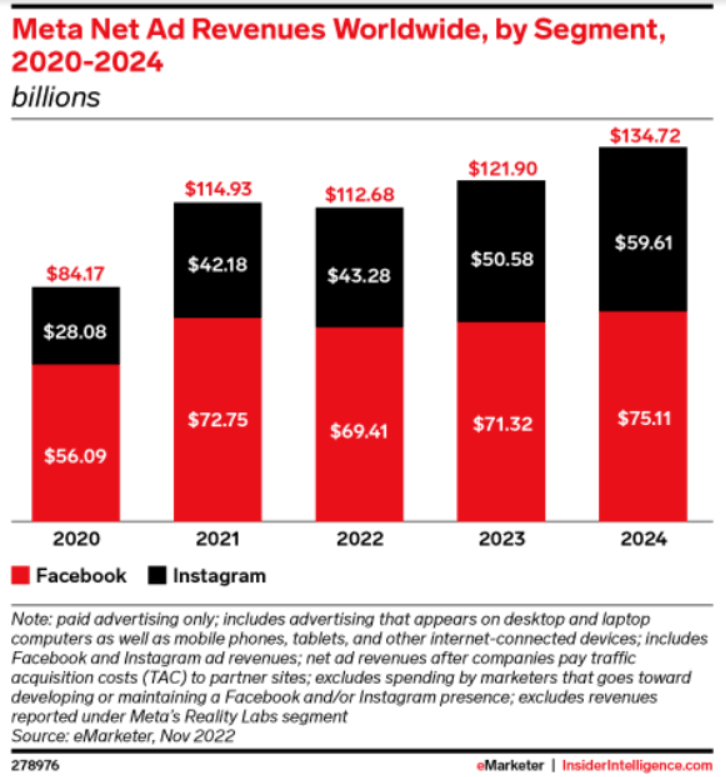 “The success of Meta’s ad business is increasingly tied to Instagram’s growth,” Insider Intelligence says. “We estimate 1.28 billion people worldwide will use the platform monthly by year-end, and that figure will increase to 1.49 billion in 2026.”